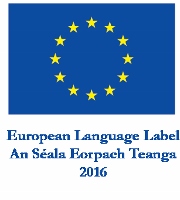 We are the biggest Polish Society in Galway. Our school counts 400 students. We teach all grades from preschool to secondary school. The school was established in 2009 and now is one of the biggest Polish ethnic schools in Ireland.
Children come to school every Saturday morning for only 4 hours. For us-  teachers - it' s a little, but for youth it's a great effort. The students represent different levels of knowledge of the Polish language. There are some who never hear the language spoken at home, and there are those, who communicate with their parents only in Polish. Our main goals are to teach the language and culture of Poland, but also for children to learn about and to respect other cultures, languages, races, and religions. The students of Polish School in Galway should expect a welcoming learning environment, free from prejudice and racism and to relieve the linguistic, social, and cultural disorientation faced by many students.

11 November, Poland's Independence Day, is a national holiday and commemorates the anniversary of regaining independence in 1918, after 123 years of partitions and rule by Russia, Prussia and Austria-Hungary. See below our school celebrations:

The European Language Label (ELL) Award is coordinated by the European Commission. It highlights and rewards innovative initiatives in language teaching, learning and promotion, and brings these initiatives to the attention of the public along with professionals in the languages field.

The winners of the European Language Label 2016 received their awards at a special ceremony in Farmleigh, Phoenix Park, Dublin on 30 September. Our school was one of them!

Take a look at our precious memories: